The other day, my husband made me think. He was joking around as usual, but maybe there’s some truth to it. He said he is going to accompany our daughter to her cheerleading event not because it’s an obligation but because he wants to see her cheer, implying that I do things more out of a sense of obligation.  And I thought, perhaps he’s right. (Audible gasps in my head from what I imagine to be self-righteous mothers and fathers who believe they were born to have and take care of their own children.)

I think that when artists have kids, they see them for what they are. Kahlil Gibran stated it so lyrically: “They are life’s longing for itself” — which is to say in plain, unsentimental language that parents are nothing but mere vessels or –in the case of adoptive or foster parents like we are — caregivers. But we get attached to these fragile lives, and so we spoil them, we get overprotective, we treat them like invalids incapable of ever fending for themselves, sometimes, even at 40 (like some people we all know). Sometimes, we make them our source of guilt and shame for not being there for them enough, ubiquitous, always available for that first glee club performance or soccer game, arms open for that consoling embrace, lips automatically puckered to kiss that open wound. And then we resent them, later on, when they ask for rent money or expect us to care for their children when we’re in our twilight years and should be out in Florida like the Golden Girls, sunning ourselves on the beach and not falling on our arthritic knees from running after toddlers that we reluctantly call our grandchildren.

All too often, we romanticize parenting, as evidenced by our countless social media posts about our children’s successes, which are inevitably credited to the parents’ selfless and impeccable caregiving. “Excuse me for bragging but my daughter just got_________. Now fill in the blank: a) into the honor roll b) a gifted high school c) accepted into Julliard d) a high-powered job at Google and is now driving a eco-friendly hybrid SUV.

Books about how to raise children are such bestsellers, but why must everything be so regimented? Parenting with Love and Logic, Raising Happy Children, Wild Things: The Art of Nurturing Boys (as if girls always behave like angels). Bedtime by 9. Organic strawberries only. Reading, not bingeing on YouTube or Netflix. Cash for chores. Reward not punishment. 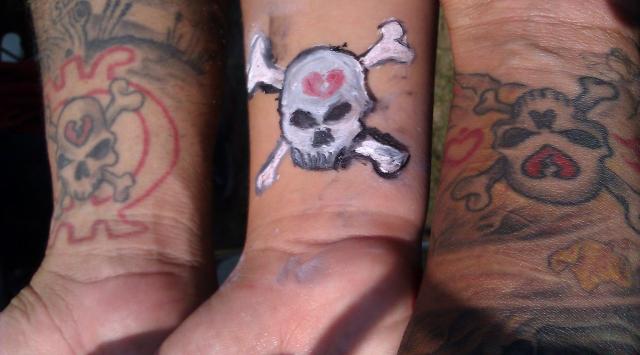 Growing up, I resented my mother for not being like the mother everybody in my class had. She was not a “housewife”. She was a writer and an actress in a sitcom that made fun of her stereotypical character: a spinster teacher with her severe bun and round glasses.  A typical Aries, my mother loved the attention and obliged fans with autographs and impromptu photo shoots whenever we were out in public, at the grocery or department store. But I didn’t think she enjoyed her role very much. It was just a job for her, memorizing lines, coming to work before call time to get her make-up done, and waiting, waiting, and waiting for set and costume changes, a late cast member or two, technical problems. I was her “dakilang alalay,” a glorified gopher, at times when she didn’t have an assistant, and with her I waited. Mostly during summertime, when school was out, I carried her costumes, brought her food and drinks, stayed with her until the wee hours of the morning when the taping was done. I remember not always appreciating it, particularly when I became a teenager who would rather hang out with my kabarkada (peers).

The rest of the week she wrote scripts for radio or television in her bedroom, surfacing only when she was hungry, or yelling for someone to bring her a glass of water, and damn anyone who interrupted her train of thought, especially to ask for money! I think she loved writing so much that it seemed we, her children and partner, existed only for the purpose of indulging her every need. Did I resent her then? Definitely. Do I understand her now? Yes. Do I forgive her for her misgivings? Completely.

I pretty much learned how to be a decent human being on my own. Well, going to Catholic girls’ schools offered some unique behavioral dilemmas: be like Mary but forgive Magdalene for her transgressions. You know what they say about Catholic-bred girls? Most of them are true. And I don’t believe the slaps on my mouth when I spoke out-of-turn or my uncle’s indelible handprint on my thigh did the job either. Mostly, I think, children are acute observers of adult behavior. For instance, I learned from seeing my parents thoroughly enjoying the company of their friends, that friends are important. I learned that work can be something to love to the point of neglecting your children, and yet to be so consumed as to inspire a child to follow in your footsteps. Trauma, too, teaches lessons like no other can. For one, it teaches children that adults are humans who make terrible and, at times, unforgivable mistakes, and that some adults in one’s life cannot be trusted at all.

Indeed, children are powerless, but they can also be manipulative. Now, having been a parent for the last nine years, I get how those novels and movies about evil juveniles came to be (i.e. The Orphan, Children of the Corn, Wayward Pines, Boys from Brazil). It’s one writer’s creative rant over children whose sense of entitlement is appalling. Seriously! My kids still have to be reminded to say please and thank you whenever they receive something or when they ask for something. I try to instill in them that anything one receives that does not constitute a basic need such as food, water, and shelter, is something to be extra grateful for. How else does a parent teach a child about humility and compassion? How did I learn it? I remember growing up, my sense of entitlement quashed by resounding slaps on my cheeks, my behind, thighs. I resented the owners of the hands that dealt the blows, but it didn’t make me feel any less entitled — only more oppressed.

Well, I know for a fact that I do not always do things out of a sense of obligation. I do it because I want to make them happy, because it makes me happy to see them happy. It’s like everyday, cooking for them, making them their lunches, driving them to and from wherever they need driving to and from for. I like the routine, that noble sense of purpose, but at times, I want to scream and yell for them to grow up already and start becoming the capable humans they are meant to become. Then, I realize that I can’t hurry the process and I feel bad for expecting so much from them, and so I remember the mantra my mother told me about, that I think she learned rather too late in life. I close my eyes, take a deep breath and say to myself: Do it with joy, do-it-with-joy, doitwithjoy… At some point though, I have to remember that I cannot always make them or myself happy.

Lani T. Montreal is an educator, writer, performer, and community activist. Her writings have been published and produced in Canada, the U.S., the Philippines and in cyberspace. Among her plays are: Panther in the Sky, Gift of Tongue, Looking for Darna, Alien Citizen, Grandmother and I, and her most-toured comedy drama about gender and immigration, titled Sister OutLaw. She is the recipient of the 2015 3Arts Djerassi Residency Fellowship for Playwriting, 2008 3Arts Ragdale Residency Fellowship, the 2001 Samuel Ostrowsky Award for her memoir “Summer Rain,” and was finalist for the 1995 JVO Philippine Award for Excellence in Journalism for her environmental expose “Poison in the River.” Lani holds an MFA in Creative Writing from Roosevelt University. She teaches writing at Malcolm X College, one of the City Colleges of Chicago and writes a blog called “Fil-in-the-gap”. (filinthegap.com.) She lives (and loves) in Albany Park, Chicago with her multi-species, multi-cultural family.
View all posts by filinthegap →
This entry was posted in parenthood, Uncategorized and tagged artist, children, foster; dcfs; adoption; motherhood; parenting, Mother, reluctantmother. Bookmark the permalink.